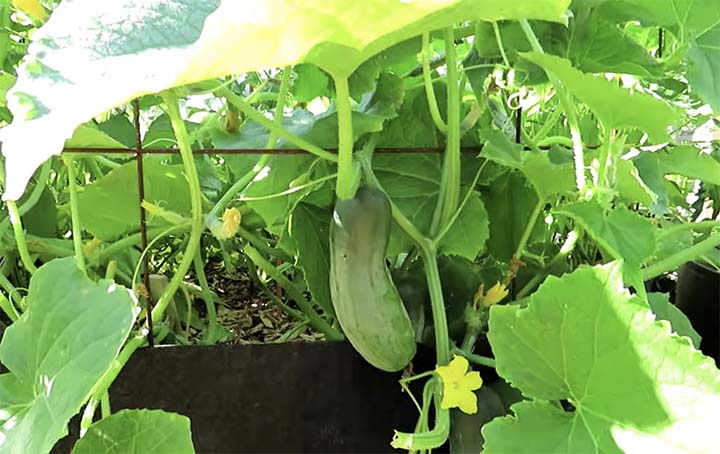 Cucumbers are very tasty and nutritious. Many people grow them in their garden or in containers.

You may wonder how many plants you will need to plant to have enough cucumbers.

How Many Cucumbers Does One Plant Produce?

Trellised cucumbers can produce two to three times the number of cucumbers that vines on the ground do. The fruit is straighter and does not get belly rot or eaten by ground-dwelling insects such as rollie pollies. The cucumbers are easier to find on the vine, too, so they do not get too big because they are lost in the foliage.

How Many Cucumber Plants Do I Need Per Person?

How many cucumber plants you need depends on how you use them and how much you like them. If you are pickling, you probably need more plants than if you are eating cucumbers fresh. Fresh cucumbers do not store for more than a week in the refrigerator, so getting too many at once means they will spoil before you can eat all of them.

How Long Can I Harvest Cucumbers?

How Many Times Do Cucumbers Produce Fruits?

Cucumbers produce fruit one time. When the fruiting is done, the cucumber vine dies.

How Do I Get My Cucumbers To Produce More?

Keeping your vines healthy throughout their life will improve your harvest. Specifically, keep your vines watered enough, so the soil stays evenly moist. Plants that do not get enough water produce bitter cucumbers. Plants that live in soggy soil get root rot and die. Use an inexpensive moisture meter to get the soil moisture just right.

Fertilize enough, and with the right fertilizer at the correct growth stage. Cucumber plants like 5-10-15 fertilizer. Too much nitrogen means the vine grows too much foliage and not enough cucumbers.

For more information on growing cucumbers, see my article on tips for maximum harvest.